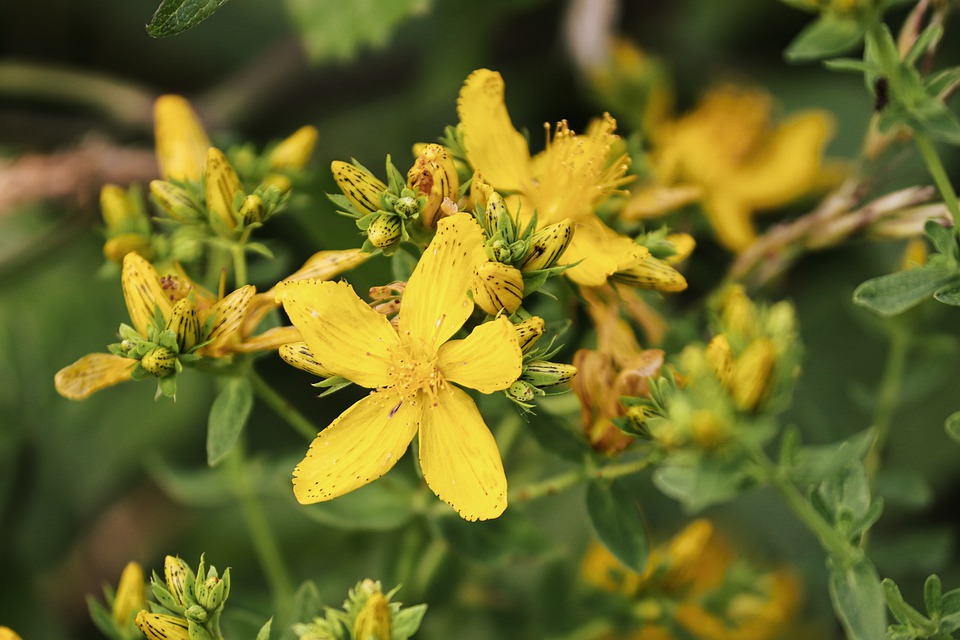 This time of year, the yellow blooms of St. John’s Wort can be seen popping up along roadsides, and edges of pastures and meadows. It may also be seen in areas that have been recently disturbed by fire or logging, and the seeds of the plant can remain viable in the soil for many years. St. John’s Wort is commonly associated with the summer solstice, and it believed to have derived its name by blooming near June 24th, the birthday of St. John the Baptist.

St. John’s Wort has gained popularity in recent years due to its affinity for supporting the nervous system and its benefits for cases of mild to moderate depression, anxiety, and seasonal affective disorder. Just as it’s flowers bloom during the longest days of summer, filled with golden light, so to can St. John’s Wort bring light into your life. A ray of sunshine in an herb!

Herbalist Matthew Wood explains that St. John’s Wort has “a particularly affinity for the solar plexus and the nerves of digestion,” and evidence has shown that it supports the organs associated with the solar plexus, such as the liver and digestive tract. It serves as a trophorestorative herb, a class of tonic herbs that work in conjunction with the system that they have an affinity for. Supporting that inner fire, St. John’s Wort supports the mind-gut connection by nourishing the nervous system through the solar plexus and aiding in digestive function and its ties with our emotional body.

Beyond supporting our nervous systems, St. John’s Wort has a range of benefits when used topically. The leaves of the plant contain a number of translucent glands, which when held up to the light make it appear as if the leaf were perforated, which where the plant gets its latin name perforatum. These glands, as well as spots found on the yellow petals, contain essential plant oils containing the medicinal properties of the plant. When the flowers are infused in an oil, the oil becomes a beautiful, rich red color, signaling that it is infused with potent medicine.

These oils can be especially beneficial in use with trauma and damage to the nervous system whether through injury or viral infection, such as in cases of shingles and sciatica, and also can relieve the pain of achy muscles and painful skin conditions.

For muscle and joint pain, it pairs well with Arnica, Poplar, or Kava Kava root, as found in The Herb Shoppe’s Muscle Ease Oil. To help hasten healing and ease pain in cases of irritated, inflamed skin, pair with soothing Calendula or Plantain leaf, as found in our Ink Balm Oil for new tattoos.

St. John’s Wort may cause photosensitivity of the skin and eyes, and should not be used during pregnancy or with others antidepressants. Please check with professional herbalist or health care provider before taking St. John’s Wort with prescription drugs.

At The Herb Shoppe, you can find many products and blends with this healing, summer bloom:

Learn About This Author

Shannon Trubatch is a New York native that grew up exploring and playing in the deciduous hardwood forests of the Northeast. Her inquisitive nature and desire to understand and protect the natural world led her to studies in ecology and plant sciences. It was in the ethnobotanical pages of her books, and through the guidance of an inspiring ecologist and herbalist mentor, that she entered the world of plant relations that went well beyond scientific study, and began remembering, rediscovering, a deep knowing of connecting with the Earth and working with herbal medicine that nourished her spirit. Her travels post-grad revealed to her a longing to reside in the Pacific Northwest, and before long, she found herself in Portland, Oregon, interning at The Herb Shoppe. The realm of plant medicine has put her on a path of healing, both personal and collective wounds, and she has every intention of remaining a student of the plants for all of her days.

When she’s not deeply immersed in the world of plants, Shannon can be found reading a Tom Robbins novel, hunting for tasty mushrooms, or exploring new places in her lime green 1979 VW Westfalia, lovingly named Gertie.

See all of Shannon Trubatch's articles

Tea of the Month: Ignite! 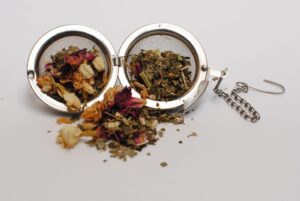