The herb for January is Cinnamon!

This tasty spice is native to Indonesia, China, and Sri Lanka. The two common types of cinnamon used for herbal medicine are ceylon and cassia. Cassia cinnamon, or Cinnamomum cassia in it’s latin name, comes from the bark of the tree found in Indonesia and China; while, ceylon cinnamon, or Cinnamomum zeylanicum in it’s latin name, is found mostly in Sri Lanka and is also harvested from the bark of the tree. Ceylon is lighter in color and tends to sell for a higher cost. Both are used in stick, chip, and powder form.

The benefits of herbal purposes are similar in both ceylon and cassia, however, there are higher amounts of coumarin found in cassia than in ceylon. This is why some people prefer to utilize ceylon if taking cinnamon for extended periods of time. Coumarin is a naturally occurring organic constituent that has been shown to cause liver damage if consumed in high amounts. Many common herbs have coumarin naturally occurring, some in higher amounts than others. It is important to understand the amount of coumarin you are consuming and for what length of time you will be consuming it. Always consult with your health care supporter in order to know more about the effects of coumarin on your body.

The abundant qualities of cinnamon include:

Cinnamon is spicy and tasty in tea blends and food. For the winter months it is a great spice to use for added body heat! 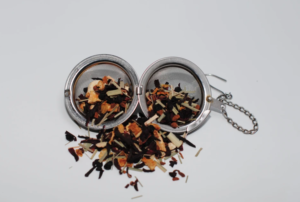